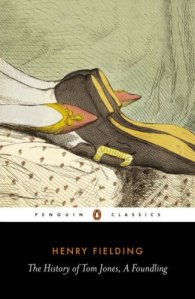 Henry Fielding was a model for Charles Dickens. After all, Tom Jones was one of the first English novels. The use of coincidence in Tom Jones and David Copperfield adds a lot of suspense, builds expectations, and then, ironically, catharsis. This is the way I will use irony in metamodern literature, instead of the all too frequent postmodern sarcasm.

It’s important to remember that a fictional story operates around the narrator’s rules. Instead of creating a dystopian world based on a number of futuristic suppositions, as in Super Sad Love Story or Infinite Jest, I’d prefer to use my poetic license to manipulate Fortuna.

Modern technology makes coincidence a tad less credible. Like if you’re trying to avoid a girl who wants to see you during July 4th, you can stalk her on Facebook or Twitter or Foursquare and see her plans, and avoid her deliberately, screen her calls, don’t responds to her texts. But before smartphones and the internet, you had to hope you didn’t run into her at that July 4th barbecue, that your circles of friends aren’t concentric. At least I’m not writing a screenplay–when viewers’ expectations aren’t met, they get pissed. In fiction irony is much more acceptable. It is important though to create coincidence without heavy-handedness; it should be entirely natural, pass off as just another of life’s really random events.

Daniel Adler writes fiction and nonfiction and is finishing his MFA at University of South Carolina. View more posts