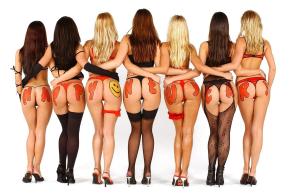 New Year’s is always eager and rushed. An hour before midnight everyone is seeking where to ring in the big moment. Twenty minutes before they’re closing in on who to kiss. And then the countdown when hopefully you’re standing right next to the person you want to be next to and if you’re not you’re looking awkwardly around, standing near friends, feigning excitement despite deep disappointment, and then it happens and is all over.

But there’s hope left, especially if you’re going somewhere else, where you can meet someone, or better yet, see old friends. But be careful, it’s easy for it all to devolve into drunkenness, which is probably what you want at that point, when you realize you’re going home alone.

Your head hurts the next morning and you are deeply, incredibly sad. Because not only was it a disappointment but now you are in a new year, a new year of pain and loneliness. You have set the tone with this first day and it is unwelcome. The afternoon light is pale and sickly, just the way you feel, and you are reminded of all the pain and anger you’ve felt in the past, from relationships that died, at family members who let you down, for nights that didn’t go the way you planned. Like last night. What lies ahead; which even in its closeness and possibility doesn’t leave you any feeling of pleasure, probably because all your endorphins have been sapped by last night’s celebration, and probably because you have a moment of vivid clarity and objectivity: nothing ever changes and these events that keep us going are a circle of ring-around-the-rosy. Without the posies.

But by dinner time you look forward to seeing your friend in a couple of weeks, that weekend at the cabin, the trip you have planned for this summer, and what you’re having for dinner tonight as you celebrate with your friends and recount how much fun last night really was (hiding your disappointment, which is mild compared to this morning, and which now seems entirely overblown, now that you have some distance between yourself and the events, as though now you’re actually being objective, instead of being stuck in the emptiness of alcoholic withdrawal. Laugh, and take a bite of your salmon. It’s a new year.