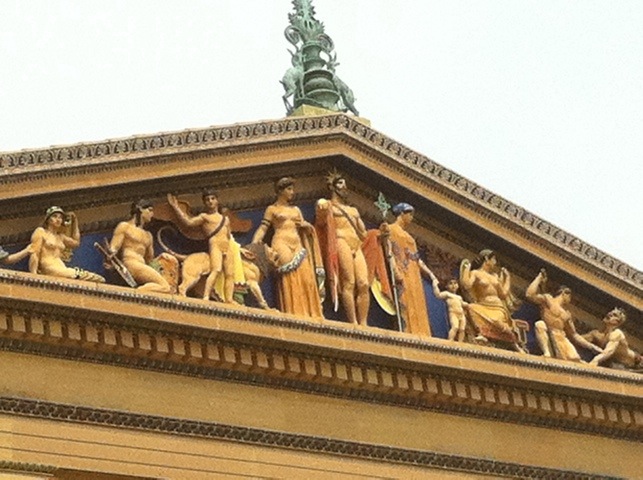 Philadelphia is a great city. It has one of my favorite Italian restaurants down on South St., a great art museum and a rich history. As of the 2010 Census, Philadelphia is the fifth largest city in the country. But it is in the shadows of other large cities, such as Washington, Baltimore, Boston and New York.

Take the art museum for example. It houses a superb collection of Renoir’s more intriguing later work, filled with luscious rotund figures on backgrounds of flurried colorful brushstrokes. They have Duchamp’s voyeuristic “Etant Donees” as well as his provocative early work. Yet it seems more people know about the museum because of Rocky than anything else (a victorious statue of him at the steps of the museum still attracts tourists today).

Why, with so much world class art, food and history does Philadelphia still seem second rate? Ultimately it comes down to three main reasons. The transportation system is weak, a problem exacerbated by avenue-long city blocks. The city is known affectionately as Philly, instead of its polysyllabic Latinate name, preserving a blue-collar, low-gravity ethos. And it’s only 78 miles from the cultural capital of the world.

But that doesn’t mean it’s not worth a visit.