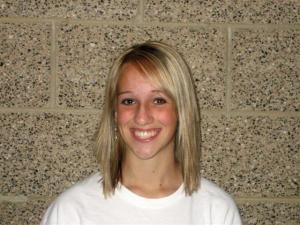 Evelyn was the second youngest of four. There weren’t many families in her neighborhood that had so many children. When the other kids brought in liverwurst sandwiches or Snackables with fruit roll ups and Rice Krispy Treats she thought about how she had had peanut butter and strawberry jelly every day that year. Her mom made it well, though, sliced diagonally and with just the right amount so that there wasn’t any splurging of the jelly onto the sides of the crust.

When she was fourteen she fell in love. Jason Mackey was tall and slender and he played baseball and pitched varsity as a freshman. He had blue eyes and a broad pointed nose. They were in science class together.

One day after class Jason asked her what she was doing that weekend. There wasn’t much going on, she had soccer practice on Saturday morning but that was it. Jason asked her out to a dance that was being held in the local youth center. He said that his friends were going and that she should bring a friend or two. She said okay and he said meet me here and gave her his cell phone number just in case.

Saturday morning while she waited behind the cones to sprint to the chalk lines she imagined that he was watching her and added a burst of speed.

She told her sister Jessica what the deal was and asked if she could drive her that night and pick her up because Sarah’s mom wasn’t cool and would want to know everything about the dance if she picked them up. Since Jessica was 17 and the dance ended at 11 she could do it. Jessica was her favorite sister anyway.

And that night when the car pulled up and she got out butterflies danced in her stomach and she licked her lips. Sarah walked with her into the foyer of the youth center where they sold popcorn and french fries and hot dogs but she had eaten dinner, though not much. The lights were bright but on the dance floor it was dark and green and red cones shone and drifted across the floor. They had arrived at 8:23 and they walked through the glass double doors into the hip hop music that covered the basketball court.

They walked to the DJ stage and started to dance. It was loud and although fun she thought about Jason. Then she saw him out of the corner of her eye talking to his friends, a couple of other boys who were on the JV team. She kept dancing. When a slow song came on, he asked her to dance and she knew that he had seen her earlier but probably didn’t want to leave his friends and so had waited. She said yes and put her arms around his neck so that if she wanted to her two fingers could touch.